Grandmother Project works with both rural and urban communities to improve the lives of women and children, especially of girls, using an innovative Change through Culture approach.  This approach builds on community knowledge and experience and empowers communities to promote positive change for the benefit of all.

Grandmothers educate children about their history and culture and ensure they stay in school.

Grandmothers are natural leaders and change makers. Mobilized grandmother leaders are a force for change in communities across Senegal.

Grandmother Project works to make sure communities are educated about girls’ rights and well-being – and work to abandon harmful traditions that hurt girls’ futures.

have participated in GMP Education programs

and supported to make a difference in the lives of girls

Grandmothers save Fatou from child marriage

The father of 14-year old Fatou promised her in marriage to an emigrant working in Spain. When the grandmother leaders* learned about this, 3 of them visited Fatou’s mother. Although distraught, she said she could do nothing to prevent the marriage.

The grandmothers tried to dissuade Fatou’s father but he refused to change his mind. Determined, they went to see the village headman who agreed to talk to the father.

But the grandmothers didn’t wait. Instead, the 3 grandmother leaders, joined by more concerned grandmothers, returned to talk with the father. Eventually, the father gave into their argument that “it is dangerous for Fatou to be married at such a young age” and he renounced the marriage plans.

grandmothers’ capacity to take action through community dialogue and communication.

Help more girls like Fatou! Communities can change their beliefs on child marriage with the help of Grandmother Leaders.

“Before, it was with a sense of bitterness and helplessness that we learned about child marriages. Now, we are ready, and together we intervene to thwart an impending marriage as soon as rumors about it start floating around.” Coumba Talla, Grandmother Leader

For girls in Senegal, adolescence is a time of many risks: teen pregnancy, child marriage and limited support for their education.

Grandmother Project works to strengthen communication between girls, mothers and grandmothers to support girls during challenging times in their lives. Activities are designed to gather the three generations of women, and teach them how to communicate better with each other, and how to face pressing issues.

Together we can change the lives of young girls

It takes a village to stop FGM.

“Long before GMP’s intervention I discussed FGM individually with other grandmothers in the village because I was a midwife at the hospital and I had seen problems with women who had been cut. But with the arrival of the program, people really became aware of these issues.  As a result, we grandmothers have made a commitment to no longer have our little girls cut. We met with the village chief and the parents of children and discussed the consequences of excision. Together, we agreed to denounce anyone who practices FGM in the village.” Kadiatou Baldé, Grandmother Leader

Did you know that in the Kolda region where GMP is based, 64% of women are excised, compared to 24% at the national level in Senegal.

But, thanks to GMP’s Girls Holistic Development Program (implemented by GMP), communities are changing their views on FGM. In an evaluation by the Institute for Reproductive Health at Georgetown University, it was found that in communities where GMP is working only 18% say that they will cut future daughters whereas in communities without the GMP program 44% of parents say they will do so.

Read more on the WHO site

Despite being internationally recognized as a human rights violation, FGM has been performed on at least 200 million girls and women in 31 countries across three continents, with more than half of those cut living in Egypt, Ethiopia and Indonesia.

Over 4 million girls are at risk of undergoing FGM annually. But as COVID-19 shutters schools and disrupts programmes that protect girls from this harmful practice, even more are likely to be cut in the coming years. Most girls are subjected to FGM before the age of 15.

How do we deal with COVID?

Our unique approach during COVID

In Velingara, southern Senegal, schools closed in mid-March 2020 and only opened recently at the beginning of November.  During their 8 months out of school, children in this poor, rural area of Senegal had no access to distance learning or textbooks and therefore, no learning opportunities. The quality of education in this area is poor, with high drop-out rates and poor national exam scores, especially for girls.

ONE ELDER ONE MASK

In may 2020 GMP distributed to the Badiaria Community an important amount of masks to fight against covid-19 .

How do we deal with COVID?

YOU CAN HELP US! 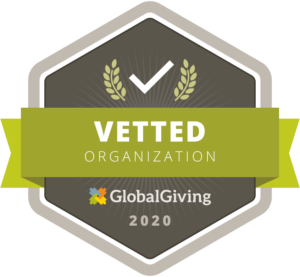 Your ticket for the: Home